In the range of adventure sports, especially winter sports,skiing and snowboarding are two of the most popular kinds. Both sports have their own set of intricacies and skills, but since they are being carried out on the snow, the level of fun, excitement, and experience is at par with each other.

Choosing which sport is more fun and interesting is a completely independent choice. Further, in this article, we will discuss the features of each of the sports and why skiing and snowboarding are different from each other in terms of gear, style, practice, and in overall aspects as well. 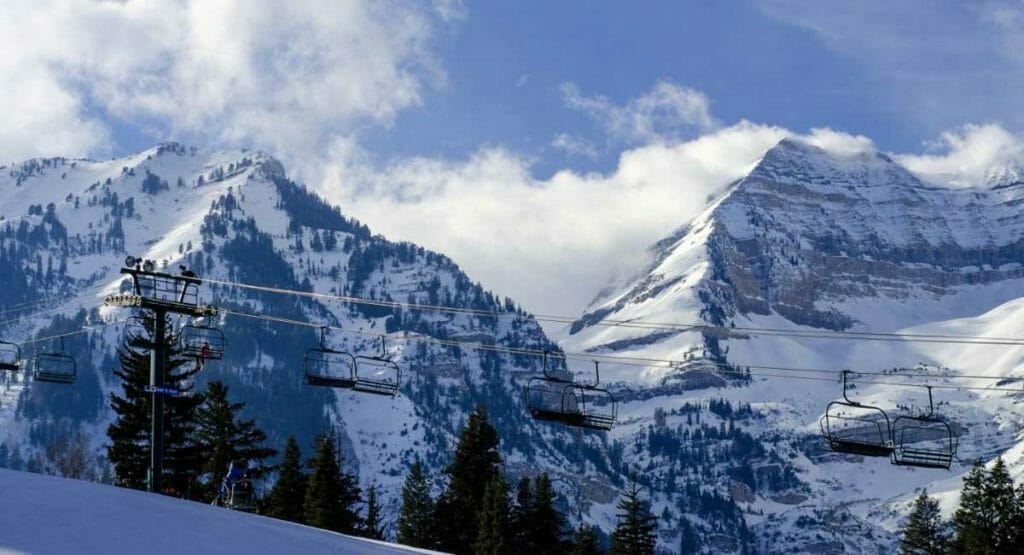 Commonly known as a popular adventure sport, Skiing is more like gelding on snow or on hilly snow areas wearing proper ski gear and equipment along with an experienced ski instructor.

Many countries around the world that experience heavy snowfall during winters conduct skiing competitions and championships to promote snow sports and attract more foreign and national tourists to their vacation or recreation spots.

Countries like India, Canada, United States of America, United Kingdom and many more have skiing areas and centers across the length of the country. Such skiing is also called Alpine skiing where you wear professional gear and slide down a very steep or high slope mountain wearing a fixed heel binding as well.

In a groomed location, mostly ski resorts, all facilities to enhance the skiing experience are provided. From the possibilities of avalanches to the kinds of slopes and level of difficulty, everything is well managed to an optimum level.

Many adventure seekers love to do skiing as a recreational activity where skiing as an adventure sport is part of their vacation to hilly and steeper slopes at cold and snowy locations. They usually book a ski resort and enjoy doing the activity.

Such people or vacationers are called beginner skiers and need good training to master the sport if they want to. Here, the paths are well-groomed and easy to skin on, unlike professional or powdered slopes.

Another popular kind of skiing is done by a sheer professional who does skiing at a very professional or championship level. Everything they wear like ski boots to the equipment they carry like the ski poles is highly professional.

For them, skiing is a daily and intense activity. They have mastered all kinds of slopes from beginner to tough terrain parks and bigger slopes as well. Professional skiers have very good core strength and stamina and have taken up skiing to the advanced level.

The last type of skiers is the freestyle skiers that further do two types of skiing such as the aerials and the moguls. Another kind of skiing is Back Country skiing which is mostly done on unmarked areas such as pistes or slopes.

The major difference in Back Country skiing is that the areas are not patrolled or monitored by any authority or regulators. It’s very different from alpine or cross country skiing, whereby the areas are unmarked and mostly outside the ski resorts.

Whereas in heavily competitive skiing, there are majorly four kinds of arenas, first is a slalom, second is a giant slalom, third being downhill and fourth is super giant slalom. All of these competitive disciplines have a different range of obstacles, pathways, and hurdles.

Different levels of skiing require different kinds of skiing equipment, depending upon the kinds of slope you are practicing on and your level of expertise in the activity. While you might take a couple of days to adjust to the terrain, weather, and the sport, having good quality and comfortable ski gear is very essential.

The bare minimum is to have a ski jacket, ski boots, ski glasses, good quality winter gloves, caps and mittens, insulating thermals or base wear, and some warm pants to keep you safe from winter bites.

Now coming to the ski equipment, having ski boards, ski poles, ski bindings, and ski helmets are very important. Wearing padded gear and having sturdy helmets including ski poles keeps you away from serious injuries and falls. Make sure you also have very comfortable footwear especially the ski boot which should fit well on you so that you can easily ski on the ski pistes. 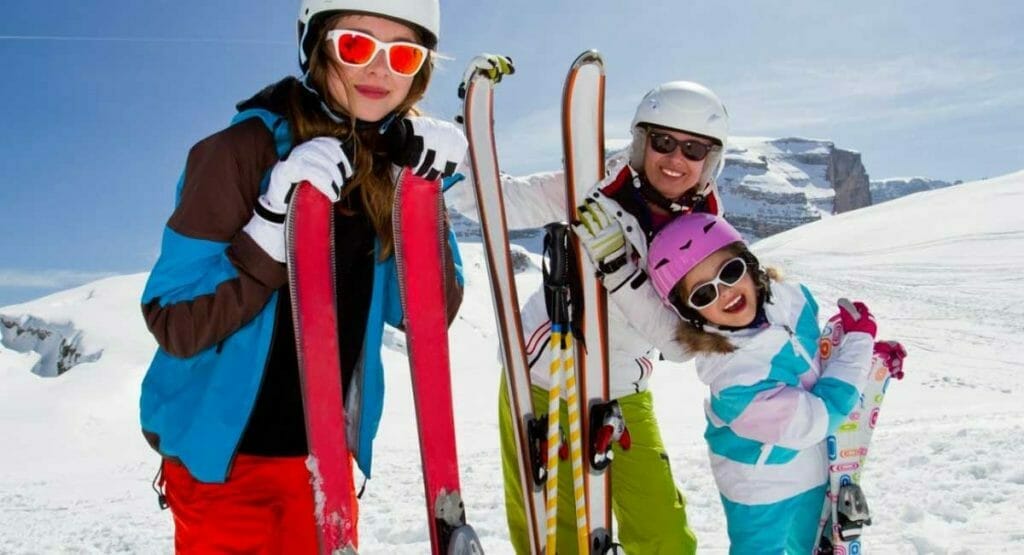 Another very famous and fun adventure snow sports is snowboarding. In snowboarding, both legs are on the same board instead of two separate boards and are much wider than the ski boards. Hence, it is very important to keep your balance to avoid any kind of fall or injury.

Regarding the types of board and terrain, you can change the snowboard from one level to another. Snowboarding is also a very popular Olympic sport and many championships and competitions are held at the national or district level by country and state.

In snowboarding, since the snowboard is attached to your feet, you are most probably facing towards one direction, wearing the special boots that are mounted or fixed on the snowboard itself. Anyone who practices snowboarding or does snowboarding as a recreational activity is called a snowboarder. Countries like Canada, Japan, California, and New Zealand are some of the best spots for snowboarding in the world.

Snowboarding originated from some kids tying a ply of wood to their feet and sliding along the snowy slopes. Today, snowboarding has evolved into a full-fledged snow and adventure sports loved by many people and also demonstrated by professional snowboarders.

It’s a very popular kind of snowboarding where this sport is mostly done in a casual and recreational style. The snowboarder glides around a steep mountain or a very steep and massive peak. As the name suggests the style is mostly freestyle.

Here, the landscape and the arena where you snowboard is manmade or artificially regulated. It consists of parking structures, artificial hills, peaks, rails, and lifts as well. Hobby riders and newcomers are specially made to practice in these areas before they do snowboarding on proper kinds of natural hills and peaks.

HalfPipe is more like freestyle and trick based snowboarding across a u-shaped snow structure at a very high speed. Whereas races can be of several kinds depending upon the difficulty of terrain, hurdles, the kinds of hill or peak, edges and off-piste region and well.

As a professional snowboarder or even as a hobbyist, having the right snowboarding gear and equipment is very essential. Snowboarding gear can include a very warm and sturdy snowboarding jacket, pants, a set of gloves, beanies or caps, warm thermals that are efficient against cold, and fleece inner-wear. 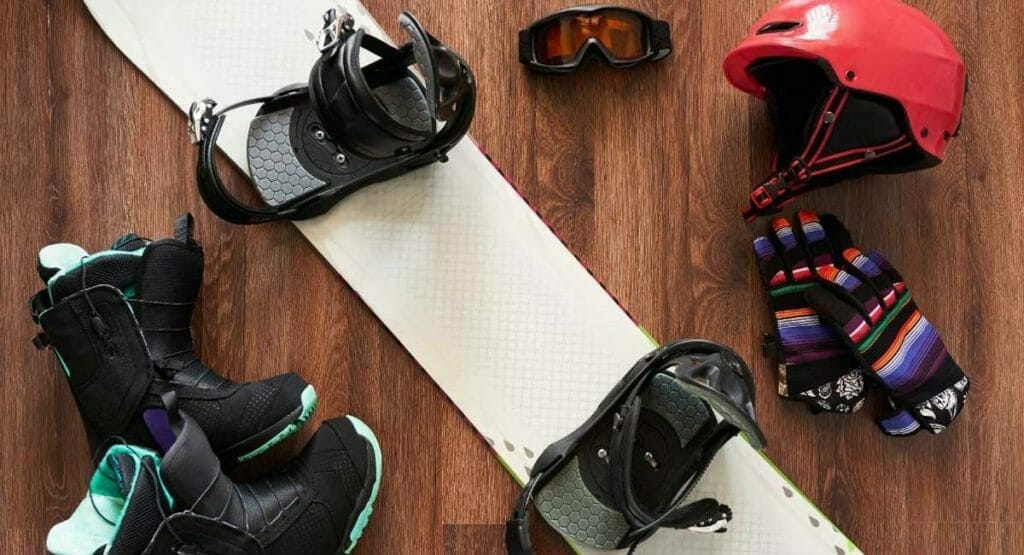 Any type of winter sports enthusiast would love to try these two adventure sports. While which is better than the other can be a subjective choice, we can simply compare the features and benefits of each of these sports.

A common perspective is that skiing as a sport is easy to try but very hard to master and vice versa for snowboarding. Anyone who is a complete beginner would agree with this perspective. You may already be a skier or snowboarder, or planning to become one, which sport you like ultimately or are inclined to enjoy more is very personal.

Technical Differences between Skiing and Snowboarding

Some of the technical differences between the two snow sports; skiing and snowboarding are listed below:

While skiing, you have a more stable and balancing position on both your feet, being prone to easily twisting your upper body is a serious threat. Also, skiing can at times exert your knees and cause serious knee pain. Whereas in snowboarding, getting dis-balanced is very common and is more likely to hurt your ankles or wrist.

In terms of skiing, since you are facing the slope directly, maintaining balance as a beginner is much easier when compared to snowboarding. The skiing poles also provide great assistance in balancing on the snow and also while gliding your way forwards.

Coming to snowboarding, since both your feet are fixed to a single snowboard, balancing yourself is a task in itself. In addition to that, facing one direction all the time can be scary and unsettling as well. With time you can get accustomed to the style and ace your way through.

The skiing and snowboarding gear is more or less the same, as most of the essential clothing items are aimed at protecting you from the intense winds and cold weather.

But in terms of footwear the skiing and snowboarding equipment is very different and so the kinds of shoes you wear also must be different. There are special shoes to go with skiing boards as well as a different type to go with snowboards.

In both cases, skiing and snowboarding using lifts can be very scary and tough for beginners. So using one is a personal choice if you have enough experience and confidence in carrying out the sport well. One must follow the trainer’s guidelines along with the snowboarding, and skiing rules and instructions when it comes to lifts and doing other sports-related tricks.

Going off the Slope

In cases of skiing, there is indeed a lot to carry when you go off the slope including your ski poles, boards, and of course the heavy gear you are wearing to protect yourself from the winters. Plus the ski boots are an added heavy gear which you need to walk up the slope in.

The advantage of snowboarding is that all you need to carry is a snowboard. The shoes used on snowboards are very similar to regular winter boots and are not as heavy as ski boots.

Effect of Snow Sports on your Body

Skiing has a relatively greater effect on the knees than snowboarding. Injuries and accidents related to knee and fractures occur primarily during skiing. Snowboarding causes more damage to your wrist.

Which is Better: Snowboarding or Skiing?

There are certain factors that play an important role in deciding which sport may be best for you. First is the time you have, to do the sport. If you are on a vacation with your friends or family and are choosing to do the sport just for fun, then skiing would give you a most pleasant experience.

Considering the limited vacation span being able to even glide through a piste skiing region, using some basic pizza and french fries style, you are going to enjoy and learn to ski much easily.

Secondly comes the level of the physical toll it can have on you. While most people look forward to enjoying the sport more than risking fun for a serious injury. Hence, you should never let fear be the judge.

Both the winter sports are equally exhausting and cause very much physical exertion. But at the end of the day being able to achieve some level of mastery in the sport will make you more motivated to take the risk. So go with your gut when it comes to choosing which sport you should try out first.

All of us have our set of personal preferences while doing any of the above sports. As a newcomer try out the sport be it skiing or snowboarding, under proper guidance and with good training. Once you are comfortable with the gear and weather conditions, taking your mastery to the next level will be more easy and enjoyable. Do not hurry or give up with a setback on minor fall also these adventure sports are nothing if you can’t feel the cold thrill.